Sons of Montezuma™️ is an independent site and is not affiliated, endorsed by, or representative in any way with San Diego State University. © 2021 Sons of Montezuma. All rights reserved.

With SDSU releasing the Aztecs Stadium naming rights announcement, it’s time to update the now “Snapdragon Stadium” revenue projections. Quite a few things have been clarified since the last stadium revenue projections were made back in August. Here’s an update. 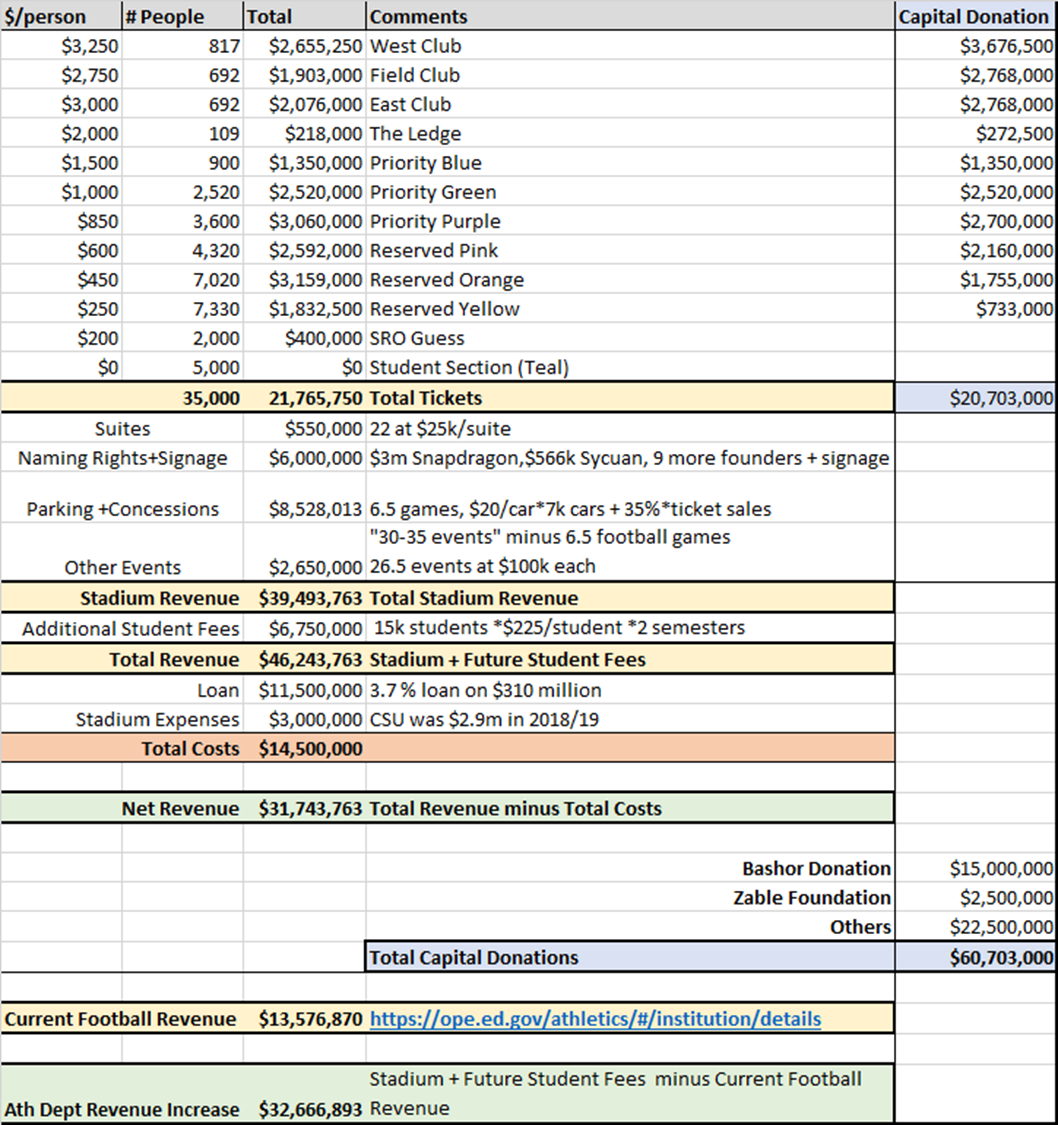 The total number of seats has decreased by 2,000 and has been replaced by 2,000 standing room only tickets. With this clarity, the total ticket revenue estimate has increased by over $4.5 million from the previous estimate to over $21 million. This new estimate is within the bounds defined by JD Wicker in the latest San Diego Tribune stadium update where he stated typical ticket revenue was $4 million per year and would increase by a factor of 4  to 6, or $16 to $24 million per year. 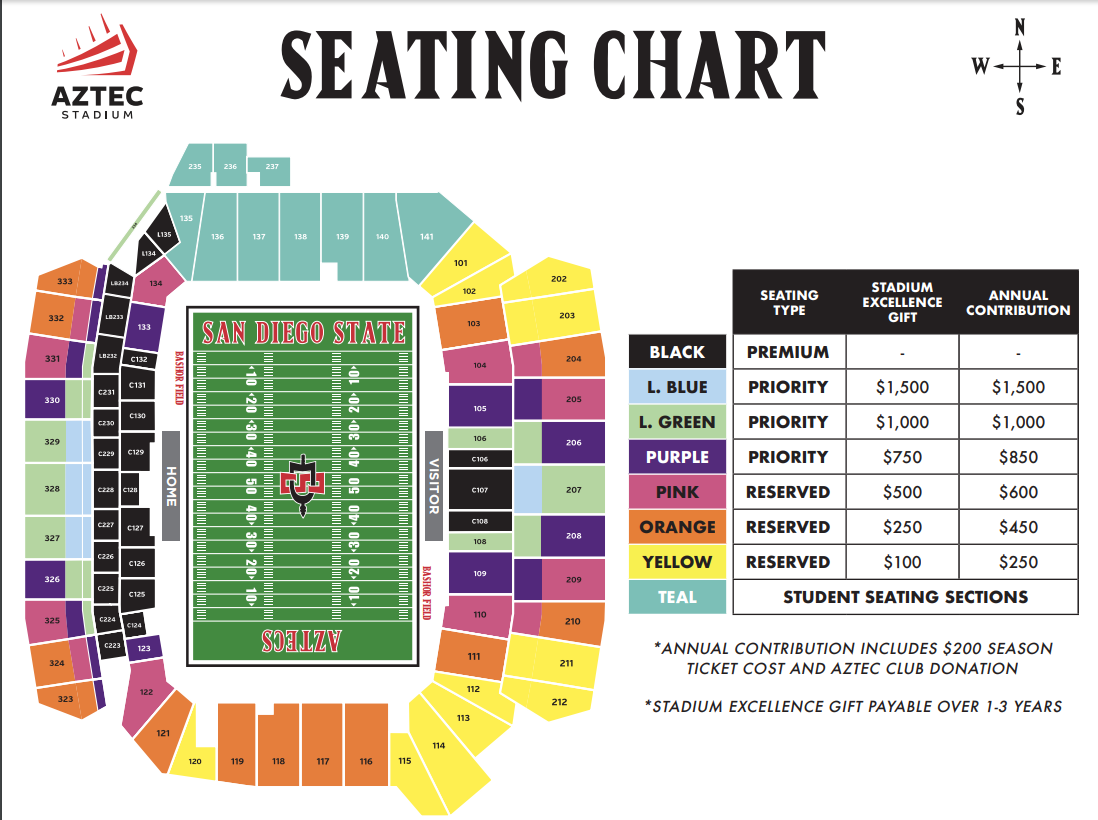 Note that SDSU expects 15,000 season tickets to be sold whereas this chart assumes all 28,000 available seats will contribute to the Capital Donation value.  That said, the school has stated that almost all of the premium seats which contribute most to this fund have been sold, so the optimistic estimate isn’t as off as it first appears.

Note that there are only two other college stadiums with more than $3 million per year in naming rights in the Pac 12 – University of Washington at $4.1 million, and USC at $4.3 million.

Parking fees have been reduced to the same level as is used at Dignity Sports Center; $20 per car instead of $25/car.

Finally, the total price of the stadium has been confirmed at $310 million instead of $350 million,  and the donation from the Bashor Family, the Zable Foundation, and other unnamed donors has been added to the new Capital Donation column – which now totals over $60 million from donations and seat licenses.

Again, note that this is all an estimate by a fan (not an accountant nor a stadium revenue expert) using publicly available information.  Feel free to  use this article as a guide to making your own estimates, and I suspect that no matter how you get there it’s clear SDSU’s athletic department is going to see a very large increase in revenue.

Adding the estimated $33 million in additional revenue to the current revenue of $58 million per year will put SDSU’s revenue at $91 million per year which is higher than any current G5 school and outpaces the lower third of the Pac 12.  (Note: Oregon’s info was not available, and they recently received a one time over $200 million gift which skews their numbers.)

Not bad. Not bad at all.
The future is bright!

SDSU Early Signing Day: The Aztecs Football Recruits on the Horizon for 2022

Amid the Mountain West Coaching Carousel, SDSU Stands Solid with Brady Hoke at the Helm